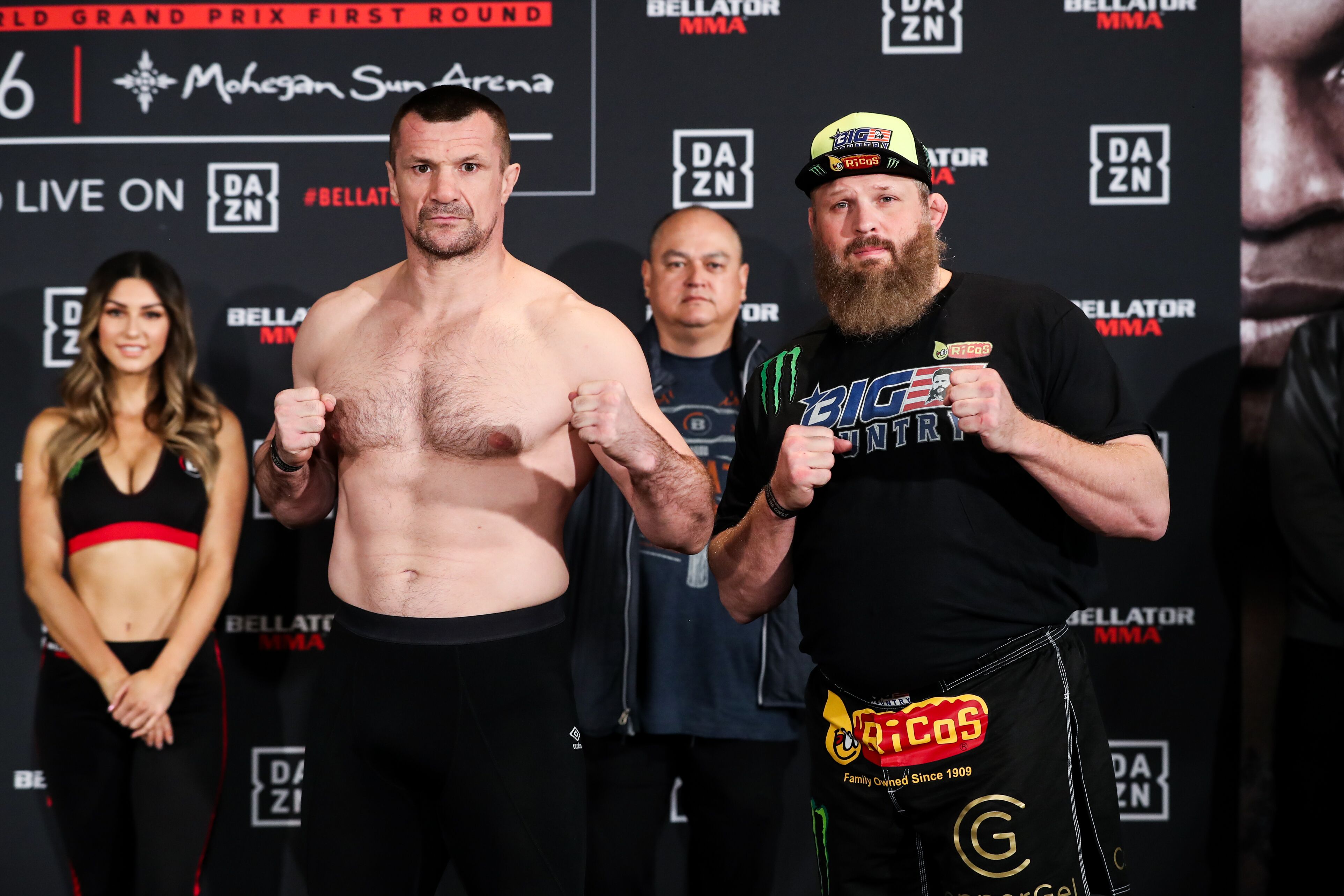 Following the culmination of Bellator’s year-long World Heavyweight Grand Prix in January, the promotion is set to showcase a “who’s who” of recognizable names in the division this weekend. Two rematches, a combined 96 wins by KO/TKO and a median age of 40.17 between all six competitors featured on the main cards of Bellator 215 and 216. Ahead of tonight’s Bellator 216, let’s have a look at what to expect in the final two contests and a look back at last night’s Bellator 215 main event.

In the highly anticipated main event of Bellator 215, former NFL and UFC-vet Matt Mitrione met with Russian knockout artist Sergei Kharitonov. Mitrione got off to a fast start after joining the promotion in 2016, winning four straight including his knockout of Fedor Emelianenko and Grand Prix decision win over Roy Nelson. Poised to beat light heavyweight champ Ryan Bader in their semi finals match-up in October, Mitrione was on the receiving end of a beat down while Bader would go on to win the tournament.

Kharitonov, with notable career wins over Andrei Arlovski, Alistair Overeem and Fabricio Werdum, was riding a 5-fight win streak (including a no-contest against Anton Vyazigin in May, 2018) coming into Friday. 15 seconds in, the fight was over.

In the first of two rematches, former Bellator heavyweight champ Vitaly Minakov will face 42-year old Cheick Kongo. The pair met at Bellator 115 in the spring of 2014, with Minakov winning a back-and-forth decision. Since leaving the being stripped of the belt and leaving the promotion due to contractual issues, Minakov’s finished seven in a row under the Fight Nights Global banner.

For the UFC-vet Kongo, it’s been all roses since dropping a split decision to Muhammed “King Mo” Lawal in February 2015. Five straight decision wins followed up by first round knockouts over Javy Ayala and Tim Johnson have finally placed the French striker at the top of the division.

??@Kongo4Real is a scintillating performer!??He will be back in the Bellator cage again Saturday night to take on Vitaly Minakov.

In the co-main event of Bellator 216, 42-year old Nelson and 44-year old Cro Cop run back their UFC 137 meeting in which Nelson was able to knock out the Croat in the third round. The fight was originally scheduled to top Bellator 200, but was cancelled when Cro Cop tore five ligaments in his left leg during a training session. Since 2014, the former 2006 PRIDE open-weight champ Cro Cop has won nine in a row, all by finish.

Nelson joined the promotion and quickly picked up a decision win over Javy Ayala. He then dropped a close decision to open up the Grand Prix against Matt Mitrione, and was finished in his last fight in October against Sergei Kharitonov. 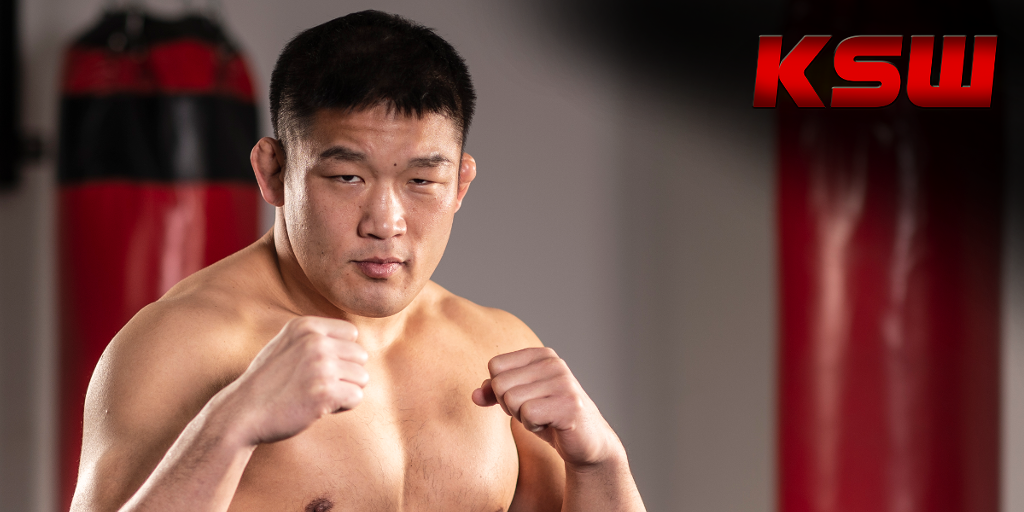 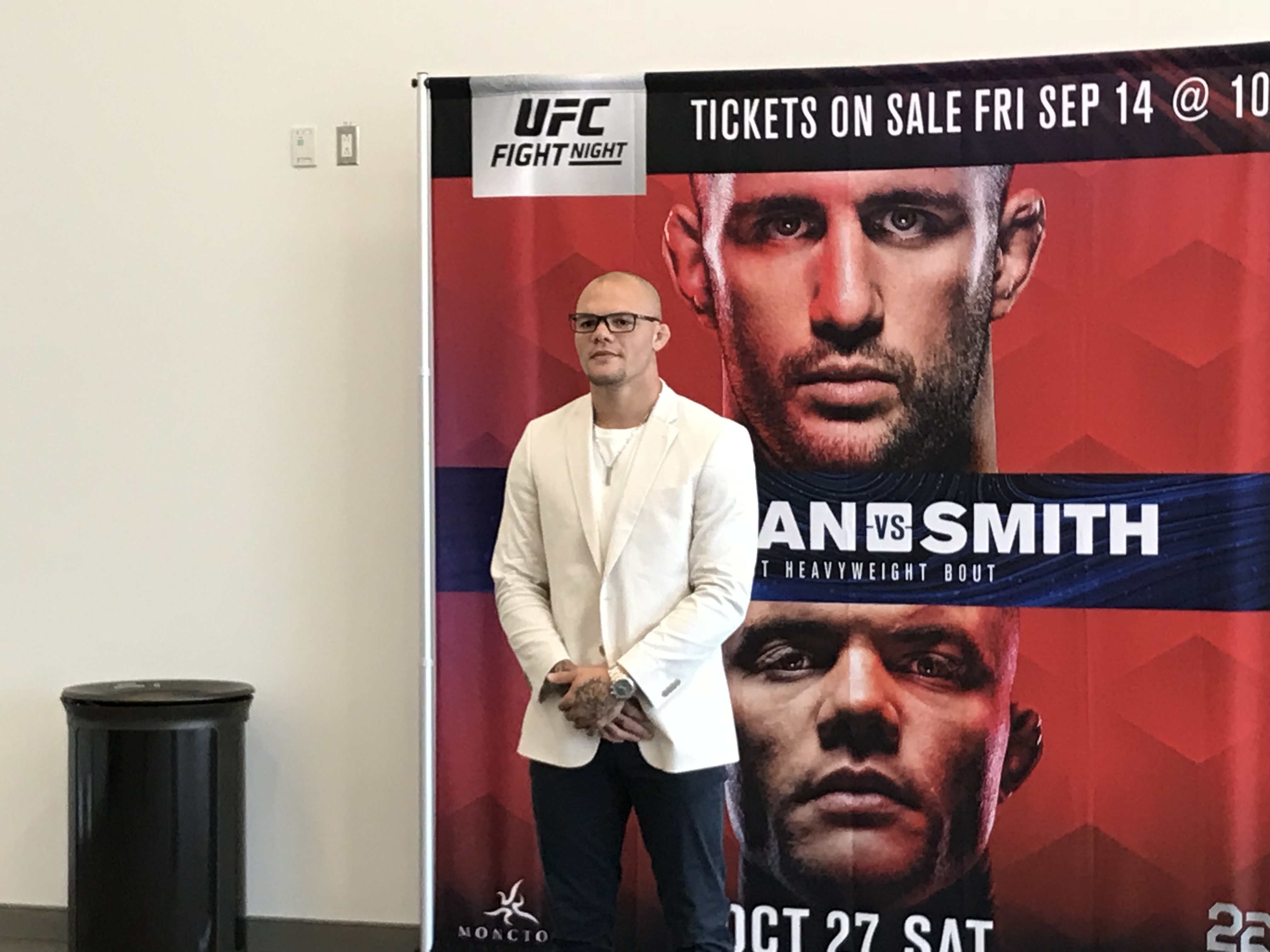 On the Heels of NEF 35, Portland Card Coming Together