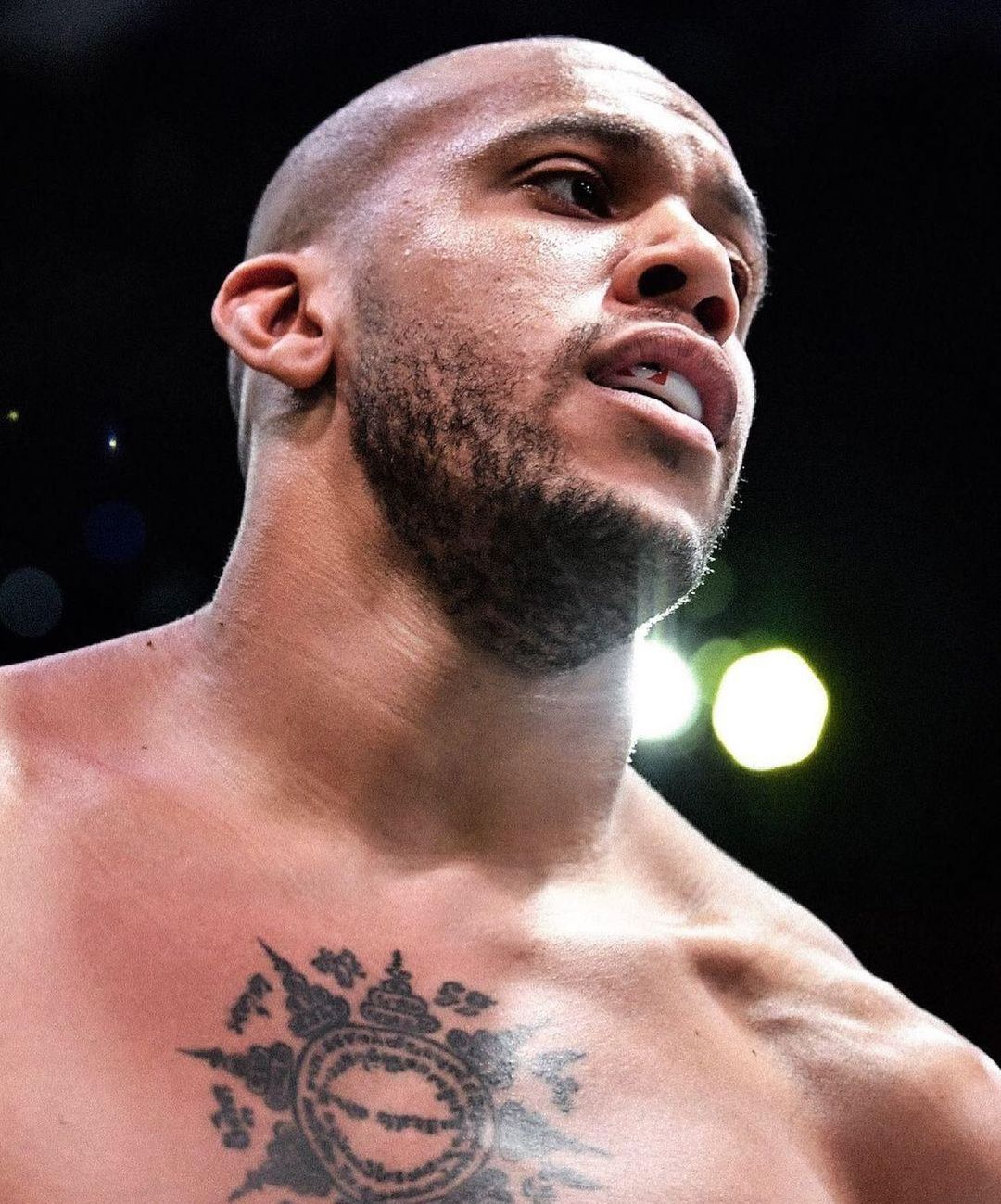 After being the subject of criticism for fighting cautiously against Jairzinho “Bigi Boy” Rozenstruik in February, Gane let his hands fly a bit more in this bout, landing 135 significant strikes on Volkov, good for seventh most in a UFC heavyweight fight. The fight took place entirely on the feet, where Gane got the better of Volkov in most exchanges. While Volkov had 115 significant strikes of his own, nearly half of them were leg kicks, which did little to hinder Gane’s movement and overall effectiveness.

Those who have doubted Gane have done so primarily because they believed he was inexperienced relative to his competition. To me, that’s the biggest answer Gane gave us from this fight: His lack of experience is not an issue for him. Gane outclassed a great fighter in Volkov, who has not only fought in nearly five times as many fights as Gane, but who is also a former Bellator and M1 heavyweight champion. Additionally, unlike Junior Dos Santos, a previous opponent of Gane’s, Volkov is still in the prime of his career, so this win has more sufficiently shown Gane’s ability to beat elite competition.

Gane made his MMA debut in 2018. Since then, he’s demonstrated himself to be a quick learner, showing immense patience, composure, and intelligence in all of his matches against both up-and-comers like Jairzinho Rozenstruik and Tanner Boser, and seasoned veterans in Junior Dos Santos and Volkov. Gane has elevated himself to the top of the division and has set himself up for a title challenge sooner rather than later, all the while remaining undefeated.

Stipe Miocic (No. 1) vs. Ciryl Gane (No. 3): A few weeks ago, I wrote that Miocic is at a point in his career where he’s earned the right to fight for the title in his first time back after losing it. However, after further thought and seeing Gane’s performance against Volkov, I’ve changed my mind. Miocic was knocked out in the second round by the current champ, Francis Ngannou, and no part of that fight was a fluke. I’m not in favor of giving Miocic, even if he is UFC heavyweight royalty, an immediate title rematch after losing in that fashion. Additionally, I am very intrigued by the potential of this matchup, between two slightly smaller and very mobile, well-rounded heavyweights that also possess high fight IQ. Gane has all the tools to match Stipe wherever the fight goes, despite having a comparatively enormous deficiency in experience (both in terms of total fights as well as strength of schedule). Gane may have already earned himself a title shot after beating Volkov, but a win over Stipe would put it beyond a shadow of a doubt, and would also help the UFC hype up Gane a bit more to the casual segment of the fan base before throwing him into the ring for a title shot.

Alexander Volkov (No. 5) vs. the winner of Shamil Abdurakhimov vs. Chris Daukaus: A look at Volkov’s last few fights (losses to Gane, Blaydes, Lewis, and wins over Overeem, Harris, and Hardy) show a clear discrepancy between the quality of opponents he’s beating and those that are beating him. While he was competitive in his fight with Blaydes and would’ve won his fight against Lewis had it not been for a last-second knockout, wins are wins and losses are losses at the end of the day. In this case it’s best for Volkov to take a slight step back, but not drop too far. Abdurakhimov or Daukaus fit that profile. Daukaus has passed each of his three UFC tests with flying colors so far (all first-round KO wins), so there’s no reason why he shouldn’t continue to be tested if he can get through Abdurakhimov, especially if he finishes him. Should Abdurakhimov win, an all-Russian bout could be in order. Both men share losses to Derrick Lewis and Curtis Blaydes. Additionally, the UFC brass isn’t looking to build Abdurakhimov at 39 years old, so giving Volkov a winnable fight to get his stock rising again could also make sense from the matchmaker’s perspective.

Note: Two weeks ago, I previewed the next set of fights in the heavyweight division after Jairzinho Rozenstruik defeated Augusto Sakai in UFC Vegas 28’s main event. Since then, little has changed at the top of the division. For the remaining matchups, visit that article, which can be found here.

Bonus RoundIn the second fight of Saturday’s card, contested between Charles “Boston Strong” Rosa and Justin “Guitar Hero” Jaynes at featherweight, Rosa defeated Jaynes via split decision. What turned out to be a disappointing night for Jaynes was further compounded by his decision to bet his “entire fight contract” on himself for the fight ahead of time. Of course Jaynes has the right to do whatever he wants with his money, but this was hardly a smart choice. So that’s one thing I learned from this weekend’s fights: Always bet on yourself psychologically, but not always financially (and shout-out to Fight Night Picks head honcho Craig Allen for echoing this sentiment after the conclusion of the fight). 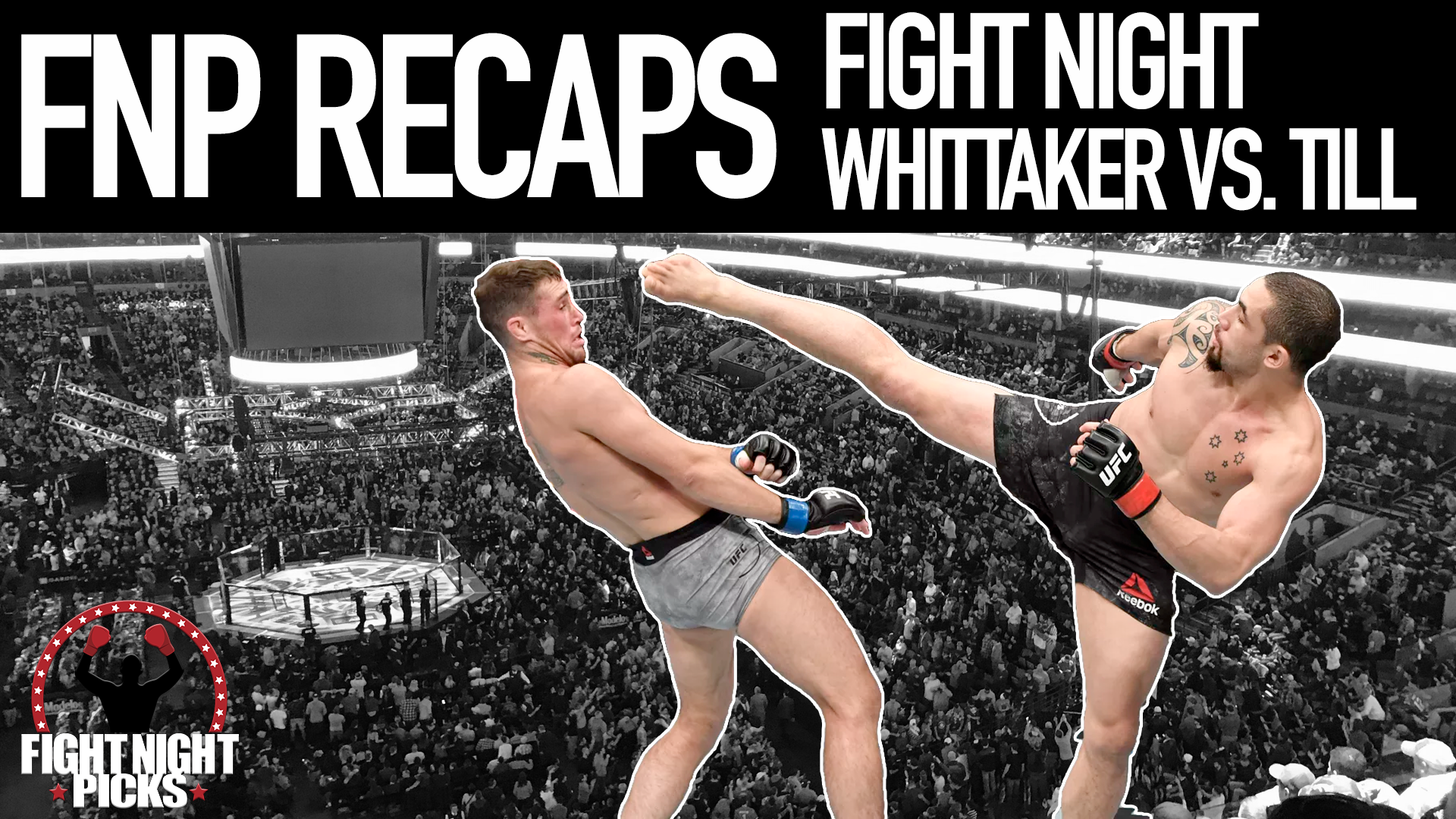 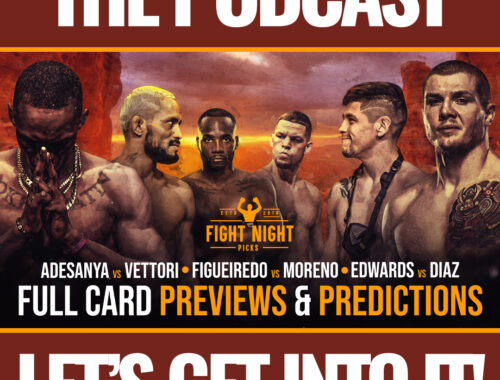 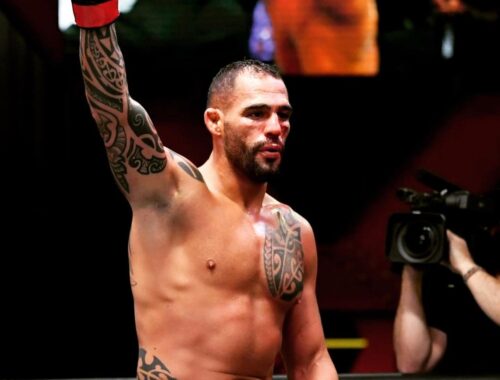