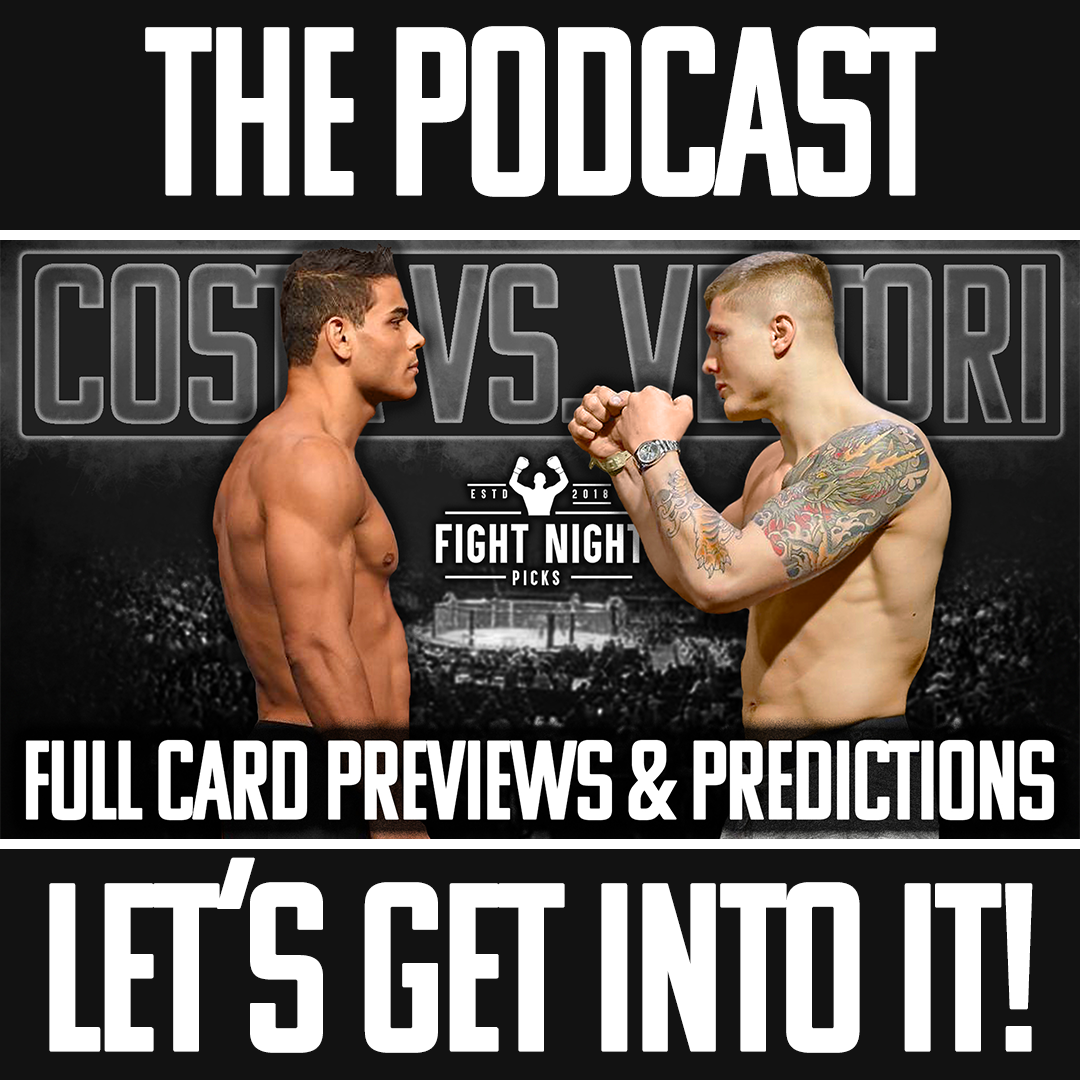 Despite the controversy at the top of the card with the now light heavyweight bout between Paulo Costa and Marvin Vettori, UFC Vegas 41 proceeds with 14 fights.

The card scheduled for 1 p.m. ET Saturday, Oct. 23, at the UFC Apex has a ton of underdog intrigue and a lot of overlooked fights. So gamblers, let’s dig into it; there’s a lot of value to find.

For full analysis, check out the Full Card Preview and for last-minute thoughts, watch Question Mark Kicks at 11 a.m. ET on YouTube.

Jun Yong Park (-103) — Now that the odds have flipped, it has turned Park’s fight with Gregory Rodrigues from pop and popcorn to best bet. Park is a fighter that’s constantly improving. He’s durable and has a multi-faceted game. I like his experienced edge too.

Nicolae Negumereanu (-236) — He could always be caught by an Ike Villanueva bomb, but Negumereanu’s physicality and grappling ability give him a strong edge in this light heavyweight exchange.

Seung Woo Choi (-292) — Hopefully you got this early when Choi was just -180 against Alex Caceres. Choi’s power and just overall ability is of a much greater level than the veteran Caceres.

Mason Jones (-458) vs. David Onama (+346) — I believe Mason Jones will win this fight. But David Onama is no slouch, and considering the odds, that makes this a dangerous bet for cappers.

Dwight Grant (+115) vs. Francisco Trinaldo (-138) — The combined age of these fighters is 80. That’s almost a guaranteed stay-away fight for me.

Jonathan Martinez (+105) — It’s somewhat ridiculous that a fighter with five fights in the UFC is an underdog against a UFC newcomer and late-notice replacement in Zviad Lavishvili. The Georgian fighter is incredibly talented, but Martinez’s striking and veteran savvy make him great value at dog odds.

Randa Markos (+108) — I was always told to take plus odds on a coin flip. Well, Markos taking on Livinha Souza is a coin flip. I don’t love betting on an aging fighter on a four-fight losing streak, but Markos is crafty enough to figure out Souza.

Jamie Pickett (+185) — Didn’t I tell you that there’s a lot of underdogs to like on this card? Laureano Starapoli at -223 odds is preposterous considering he’s lost his last three fights. Pickett is a strong striker with a reach advantage; that’s usually a good recipe for success.

Khama Worthy (+153) — This is ridiculously good value for “The Death Star” against a fighter in Jai Herbert, who is 0-2 in the UFC. Worthy’s power and defensive submission ability make him a dangerous opponent.

Joselyne Edwards by decision (+197) — Edwards’ ceiling is high in the UFC. Against the pressure style of Jessica-Rose Clark, Edwards will have to use her rangy kickboxing style to keep distance. If you like the underdog, it’s going to be on the scorecards.

Grant Dawson inside the distance (+143) — Grant Dawson is a massive favorite over Ricky Glenn for a reason. And he’s got plenty of finishing ability, even against the durable Glenn. Plus odds on this prop is incredible value.

Paulo Costa by knockout (+267) — Regardless of how you feel about how Costa approached this week against Marvin Vettori, there’s no denying that the 205-pound limit benefits the bigger fighter in a big way. A knockout seems even more likely now, since Costa didn’t have to diminish himself by a weight cut. Five rounds for one of the most powerful fighters in the UFC to find a knockout at +267 seems too good to be true. 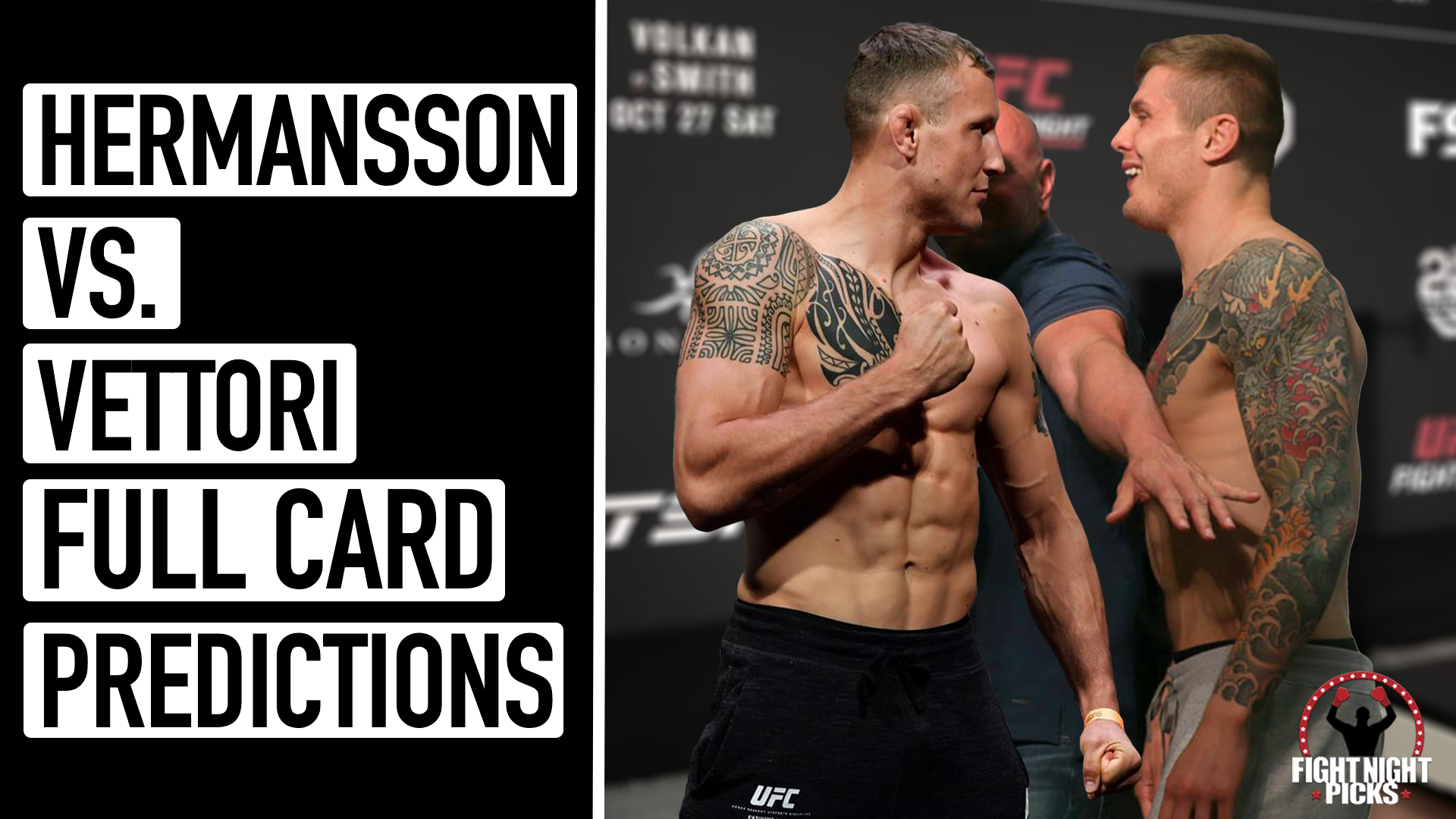 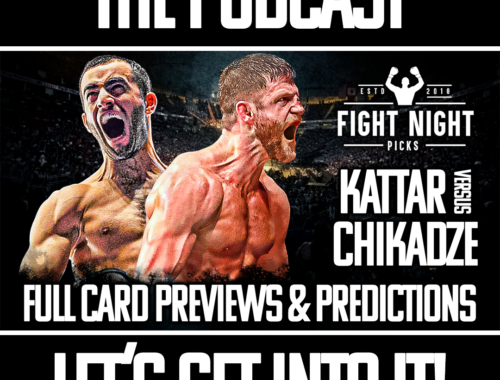 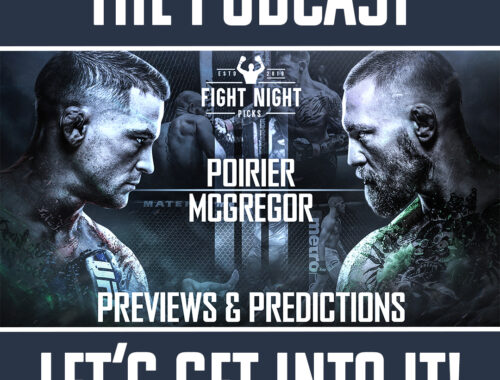